A House on the Shore – Dream or Nightmare

Our recent Blog Posts, presented here on our website, are to spark ideas focussing on strategic discussions, inspire cooperation and technological development. Moreover, our Blog Posts should as well encourage our readers to investigate new and innovative ways of thinking.

As Simon Sinek, a renowned US author and philosopher, correctly states: “To be innovative, we can’t look to what others have done. The whole idea of blazing a path is that there was no path there before.”

In today’s Post, we choose two topics that have received only little attention so far in the current climate and environmental debate:

Please reach out to us and share your thoughts.

A House on the Shore – Dream or Nightmare

Don’t you dream of a house on the shore, with a view on the Atlantic Ocean, and, direct access to the beach to start the day with a brave ride on the waves, do you? Or, is it your dream, to live in a waterfront apartment right on the banks of a river, to enjoy the serenity of the continuous flow of the water and the boats passing by?

This dream might easily turn into a nightmare in the near future. More and more weather extremes, such as storms, floods and droughts are directly attributable to global warming, according to experts at the Intergovernmental Panel on Climate Change.

An estimate of seven million people fled away from extreme weather situations and natural disasters within their countries in the first six months of 2019 only, over the year, there were more than 10 million refugees in total. According to a study by the Observatory for Internally Displaced Persons, this figure is a historic superlative. However, exact figures are difficult to be defined precisely, because it is not always possible to differentiate between a climate refugee and a person that decides to leave his country because of financial distress and economic plight.

Germany witnessed the impact and enormous destructive power of storms and floods in 2021 in the “Ahrtal”, a region located in North Rhine Westphalia.

Climate change turned heavy rains into massive flooding throughout Western Europe in July 2021. A study presented by the World Weather Attribution (WWA) international research group came to the conclusion that such phenomena will be from 3% to 19% more severe, and, the likelihood of such extreme weather manifestations would then increase by 1.2 to 9 times.

This result increases any potential danger for Germany, the country with the highest number of fatalities from flooding in 2021. The floods clearly constitute upcoming threats, even in industrialised countries, who struggle hard in developing protective systems to defeat such extreme weather phenomena.

What Role did Climate Change Play?

Scientists draw different conclusions depending on their individual method of calculation. One thing is certain: climate change makes rainfalls more intense and more likely to occur. Extreme rainfalls, in simultaneous occurrence with storm weather situations, are about 20% more likely, and, 3% to 19% more intense.

The reason for such phenomena is a simple physical principle: warmer air contains more humidity. Planet Earth has already warmed by at least 1.1 degrees Celsius since the late 19th century. Germany´s climate increased in temperature by nearly 2 degrees Celsius.

Scientists believe that heavy rainfalls will become more intense as the Earth continues heating up.

Scientists at the government-funded Climate Center Germany (GERICS) research group predict: If emissions continue to rise and heat the Earth by 4-5 degrees Celsius, then, the number of days with heavy rainfalls of more than 20 litres per square meter will increase from 11 to 14 days per year in some regions of Germany.

There is no doubt that climate change is accelerating the frequency of extreme weather manifestations, heavy rainfalls and severe storms worldwide.

Numerous severe weather disasters all over the world have been exacerbated by climate change in recent years, such as wildfires in Australia in 2019 and 2020, heat waves in Europe in 2018 and 2019, and Tropical Storm Imelda, which hit the USA in 2019.

A landmark IPCC report, released in August this year, published that heavy rainfall phenomena, which otherwise happen once every 10 years, can be expected to occur nearly three times more often, and, 30% more intensely as the world warms by 4 degrees Celsius compared to pre-industrial times.

The global death toll from weather extremes has been declining for years. Computer simulations with increasing accuracy have enabled scientists to predict severe weather conditions before they occur. As a result, the number of people displaced by extreme weather has increased.

Impact of Wastewater from Cities and Villages on Coastal Ecosystems

In addition, in today’s post, we wish to give special importance to a particular source of pollution that has up until now received little attention: Wastewater from human settlements.

Even if wastewater has been previously cleaned and filtered in wastewater treatment plants, germs and nitrogen still enter the oceans. As such discharge into the oceans has not yet been clearly recorded, it is hard to assess how urgent the need for action is.

Whenever sewage treatment plants remove even most of all microorganisms from faecal matter in wastewater, nitrogen compounds always remain in large quantities, according to a report published only recently by the Trade Journal Plos One.

What Exactly is the Problem?

When plant nutrients, such as nitrogen, enter the ocean, they spark a tremendous growth of algae and other plants. Algae and other water plants suck oxygen out of the seawater. As a result of this process, over the time, the content of oxygen in the seawater decreases, and, finally there is an oxygen-free death zone. For a more accurate assessment concerning the extent of the danger, a group of researchers led by Cascade Tuholske, studied what kind of nutrients and particles are contained in the sewage from human settlements that are discharged into the ocean. These researchers designed a high resolution global computer model, and, thus mapped the wastewater from coastal human settlements all around the globe.

Here, we have alarming results: the scientists created a map illustrating the amounts of nitrogen and microorganisms that enter coastal waters from faecal matter. As we learn from the map, direct discharges of human sewage are responsible for a 32% of the nitrogen content, and a 63% stems from wastewater systems. Despite the fact that wastewater treatment plants remove about 55% of the nitrogen, nevertheless, 3.9 million tons of nitrogen enter coastal seawater every year, year after year.

China discharges by far the largest amount of nitrogen into the sea. The Yangtze River alone, which flows into the South Chinese Sea near Shanghai, transports 11% of the world’s total nitrogen inputs into the seawater. 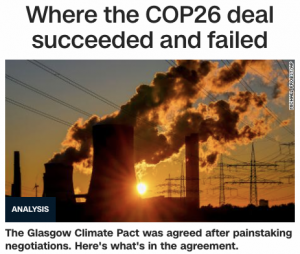